Keith Duffy brings Sparkle and Shine to the Ball and finds huge success! 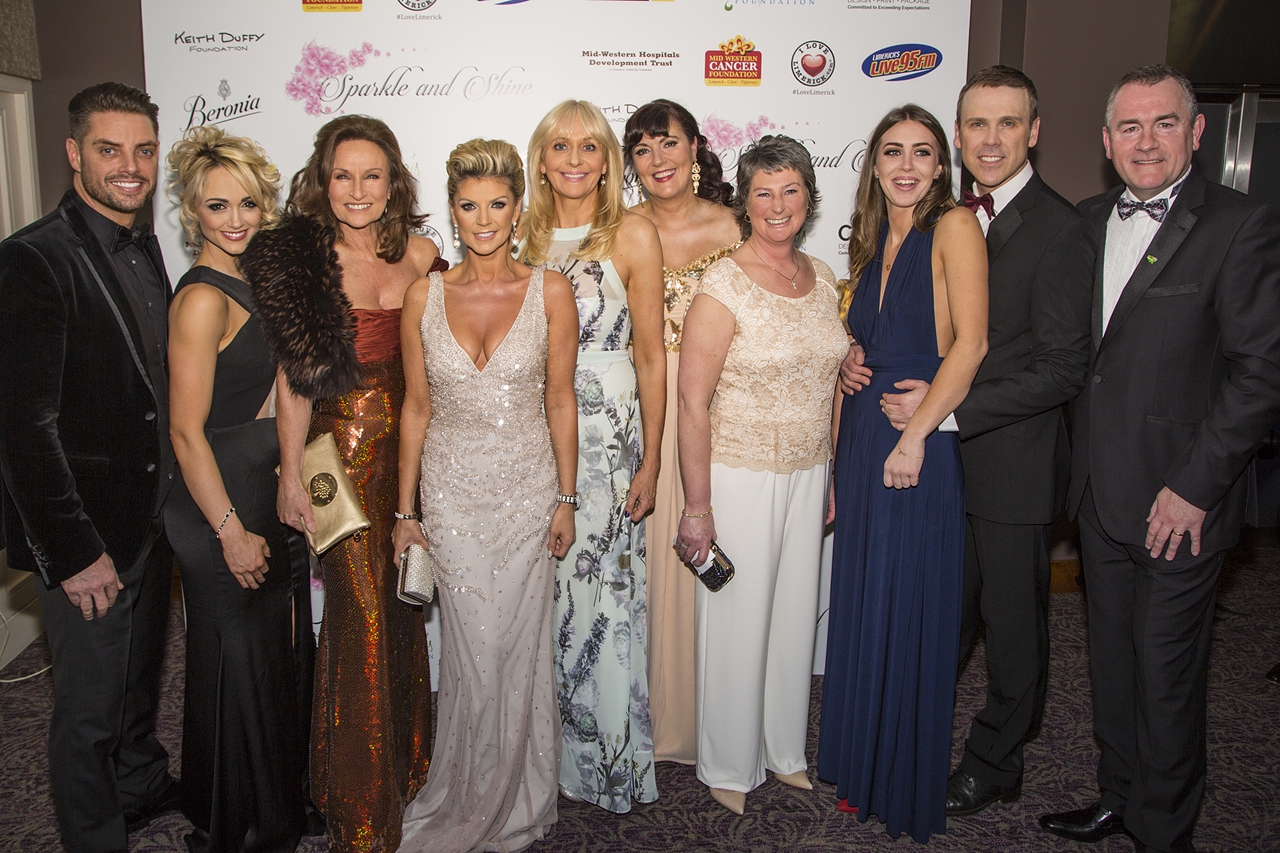 The night began in the main lobby of the Limerick Strand Hotel where the elegant and extremely well dressed guests were greeted with prosecco and a tiered Ferrero Roche pyramid. The Unity Gospel Choir Limerick sang their hearts out and really set the tone for the evening, which was just spectacular. Sparkle and Shine Ball in association with the Keith Duffy

The guests gasped as they entered the main reception area as the room was completely transformed into a wonderland. This year the Sparkle and Shine initiative and the Keith Duffy Foundation, founded by Keith Duffy, decided to join forces to raise funds for their respective chosen charities and to give the Midwest region a night that has become one of the most high-profile events of this year.

The entertainment was never ending with Cole Page flying in from England for the night to perform. The guests were on their feet and then on their chairs very literally as Cole created an incredible atmosphere in the room. In addition to Cole Page’s phenomenal performance, the multi award winning classical singer Amanda Neri performed followed by the band Reality Bites and then DJ Dale Nolan who played into the early hours of the morning. Sparkle and Shine Ball in association with the Keith

The giving never ended on the night as the tombola raffle rose a whopping €4,000 alone. Then Keith Duffy took to the stage along with his trusty assistant Richard Lynch to start the auction! Members of the audience really dug deep for the charities as there was more than €35,000 for Clionas Foundation, Symptomatic Breast Unit and Mid Western Cancer Foundation.

Some of the auction prizes included his and hers Calvin Klein watches from Keanes Jeweler’s in Limerick and Bruce Springsteen tickets, afternoon tea in the Westbury hotel and a stay in the five star Conrad Hotel, Framed drawing by Martin Finnin with signed book of his works and concert tickets to concerts such as Macklemore and Ryan Lewis and Little Mix.

The Sparkle and Shine initiative was to raise funds for Breast Cancer services in the Limerick region, they have chosen the Midwest Cancer Foundation and Symptomatic Breast Unit in the University Hospital Limerick, as their chosen beneficiaries.

The night was a complete success and the guest who attended partied on into the late hours having given back to these well-deserved charities. We cannot wait to see what next years event will be like and wish all the charities the best of luck!